Only a few days until the general election – this is not only causing debates among friends. A poll of Tinder users shows that politics is pretty important to them. But how far do the ideals go when it comes to sex, love and relationships?

When the “Fridays for Future” movement reached its climax in 2019 – before the corona pandemic brought about a temporary end to the large-scale demonstrations to save the climate – a poster slogan got it pretty straight to the point: “I want a hot date and not a hot one Planets “. Indeed, the issue of climate protection is extremely important for users of popular dating apps. According to a user survey by Tinder in the summer of 2021, saving our planet is the most important political issue and plays a role in partner choice.

More than just a trend?

The users at competitor Bumble also put the topic in first place. This dating trend was christened “Thunberging” in reference to Greta Thunberg. But let’s be honest: Is it really just a trend when it is just important to you that the potential partner has a little interest in ensuring that the earth continues to do well? Certainly not. So it is hardly surprising that the search for Mister or Misses Right is somehow also a political one.

But first of all a question for you:

Could you imagine being with someone who has completely different political views?

In the run-up to the general election, politics is becoming increasingly important for dating apps 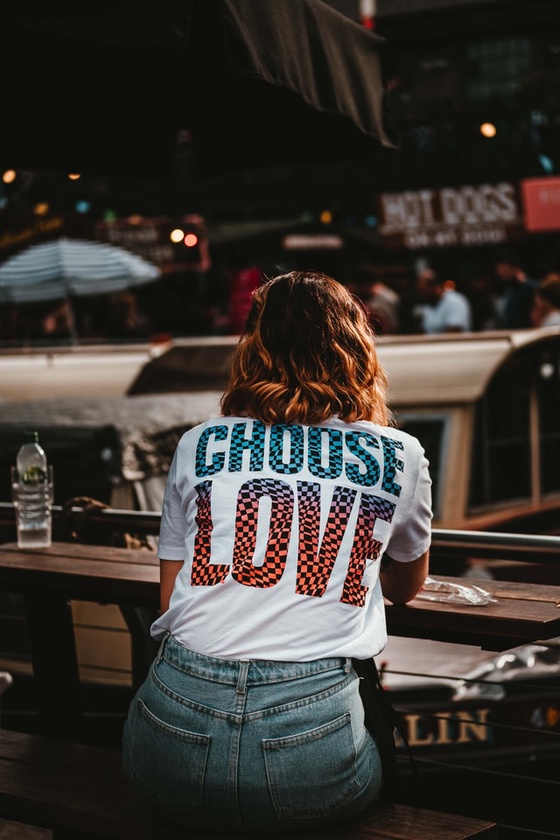 According to the Federal Returning Officer, 14 percent of all eligible voters in this election are under 30. Exactly the target group that is increasingly active on dating apps such as Tinder , Once or Bumble. According to a Tinder poll, 72 percent of users in Germany said they would vote on September 26th. 21 percent were still undecided. In addition to climate protection, the most important political issues for most of them include education, LGBTQ rights as well as feminism and sexism.

It is no coincidence that the online dating platforms take up these topics – for many, they are a criterion for whether a date really comes after the right swipe. Naomi Walkland, Vice President Marketing at Bumble in Europe, emphasizes how important this factor can be:

LIFESTYLE, VALUES, AND POLITICAL BELIEFS CAN DEFINITELY INFLUENCE RELATIONSHIPS THAT ONE WANTS TO ENTER INTO. 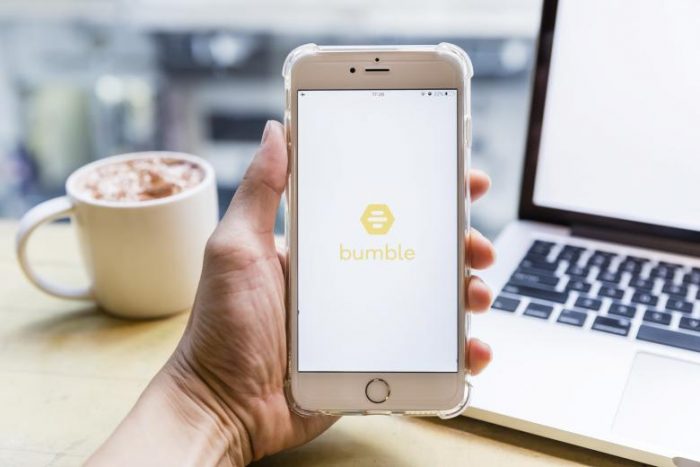 At Bumble, for example, users can use stickers to make their political views visible more directly in the profile – this option is actually used quite often, surprisingly especially by older users. There are also considerable regional differences : almost half of those who state their political convictions in the form of stickers come from Berlin, followed by Essen, Hamburg, Cologne and Frankfurt.

Charlotte Nutzhorn has also had this experience. The 18-year-old is on the district board of the Young Liberals in Berlin-Mitte and does not hide her political commitment in social networks , but does not peddle her party affiliation on her Tinder bio. After moving from Halberstadt in Saxony-Anhalt, she quickly realized that political moods play a bigger role in the federal capital than perhaps elsewhere. Most of the people in their hometown were rather apolitical.

IN THE END, THAT WAS MORE PLEASANT FOR ME BECAUSE MOST OF THEM WERE JUST MORE OPEN-MINDED AND I COULD JUST EXPLAIN IT. NOT SO IN BERLIN, WHERE EVERYONE STARTS WITH ‘HAHA, ARE YOU RICH ?!’ COMES.

The market leader in online dating, Tinder, on the other hand, relies more on information about the upcoming election in order to pick up on the political commitment of its users. There are information boards that link to the Wahl-O-Maten of the Federal Agency for Civic Education. Together with the “Unmute Now” initiative, the company has also launched a campaign in which young people can share their political wishes and concerns.

For Tinder users, only the link on Instagram shows how political the match is
In the brief information provided by users, the bios, on the other hand, there is seldom any information about party affiliations or topics that are personally important, as Ruben Hess confirms. The 19-year-old is looking for dates on Tinder. For him, political issues are generally important and part of his life, and he will be the electoral officer in the upcoming election.

I DON’T KNOW ANYONE WHO WRITES THAT IN THEIR BIO. YOU’RE MORE LIKELY TO NOTICE THAT WHEN YOU LOOK AROUND ON INSTAGRAM OR SOMETHING LIKE THAT TO SEE HOW THE OTHER PERSON IS. 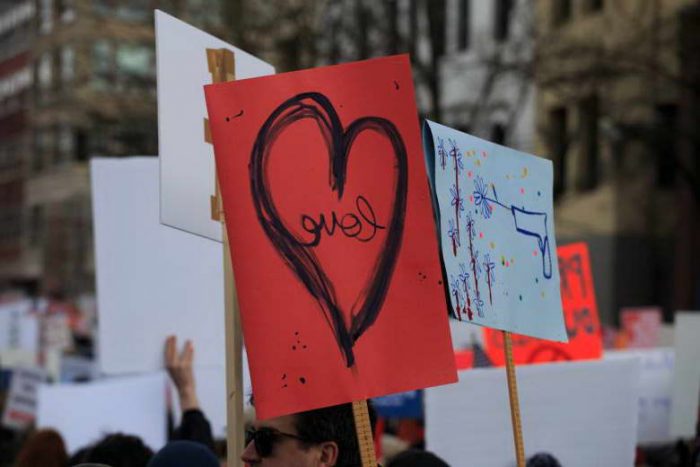 If someone is not politically active, that is not an exclusion criterion for a date. Clémentine Lalande, CEO of the slow dating app Once, on the other hand, thinks that politics and dating are a delicate mixture. Only eight percent of users and eleven percent of men in Germany state in their Once profile what political views they have. So far, there has been no increase in the number of calls for elections in the profiles related to the upcoming federal election.

Even if the topic area seems personally important for many users of the dating apps , in practice one crucial point becomes apparent: with what intention someone is on Tinder, Bumble or Co. “If I just want something relaxed, political attitudes are not decisive – but they are for a serious relationship,” says Ruben Hess.

Sounds logical. Those who are really only after sex tend to have a bit of small talk on the first date instead of discussing current political debates. But when it comes to getting to know someone properly, moral values ​​and political views definitely play a role. “If it were to result in a serious relationship, then it would be honestly difficult for me if someone is on the side of a party with which my preferred party will not form a coalition,” explains the student.

For him, politics and party affinities are not the primary selection criteria when he matches on Tinder. In the chat within the app, it remains rather superficial, he only talks about that on a date after you’ve had two or three drinks. “Or you only get to know where the other person is at the second or third meeting,” he says.

When your own party becomes a date killer

In Berlin, most young people tend to be in the left-alternative scene. “They then see on my Insta account that I am active in July and are immediately put off. Then something like: ‘Wow, I have to check out first if I can talk to you.’ ”She thinks that’s pretty disrespectful. She is often asked how she thinks that the FDP takes up certain positions. Then she noticed that many people were checking out who their match was online beforehand.

IF WE WEREN’T NECESSARILY TALKING ABOUT POLITICS ON THE FIRST DATE, I WOULDN’T SERVE IT STRAIGHT TO ANYONE’S TABLE: ‘HI, I’M FDP!’ IT DOESN’T SAY THAT ON ME. 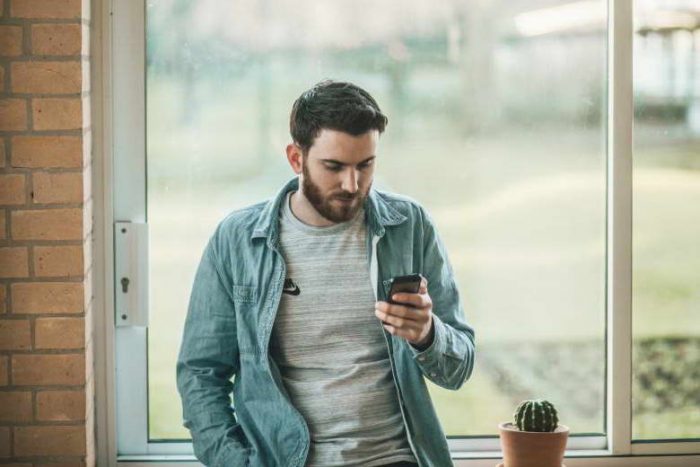 However, since she has linked her Insta account on Tinder, anyone who goes on it knows immediately how it is politically anchored. In the meantime, however, she has developed a feeling for who it comes to a date: “When I notice that we are really not on the same wavelength politically, then I usually don’t meet. That already stresses me while I am writing.

Are non-voters or certain parties a deal breaker?

No matter how important it is to position yourself on certain topics, there are certain limits for most people who date online. For both Ruben Heß and Charlotte Nutzhorn, followers of right-wing ideals and sexists are an absolute no-go. If the 18-year-old only found out on a date that her counterpart was a member of the AfD, that would not be an option at all.

Hess agrees. But he is more relaxed about things when, for example, someone doesn’t vote. Even though he personally had the impression that, especially in the younger generation, only a few eligible voters actually did not use their right to vote. “That wouldn’t be too big a deal breaker for me either, I would at least meet on a date,” he says. Nutzhorn, on the other hand, thinks that this makes a person less attractive.

And how does it look when you want to enter into a relationship – how important is politics then?

“I always thought that it was not so important to me what political views my partner or the person I am currently having as long as you share the same basic values,” says the student, a little thoughtfully. “But I noticed: that’s not it. A relationship should be something where you feel comfortable. I just don’t feel like constantly having to convince someone of my opinion or having to speak against points of view, that would burden me too much, ”she admits.

In her opinion, this is not good for a relationship in the long term because the other inevitably feels annoyed or misunderstood at some point. But she thinks not to get to know someone any further, just because they are not in the same party as her, to be something silly.